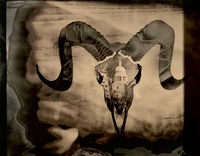 Sallie Hodges has a BA Honours Degree in Film Video & Photographic Arts from the University of Westminster London, where she majored in photography.

She has worked in and around film for the past 20 years, spending the first 8 working for Miramax films, first in London and then relocating to Los Angeles.

She considers her short films seeds, catering to those with no time and minimal attention spans. Her stories focus on the under represented world of Women's voices with a bias towards social justice and equality.

She is also currently working as Outreach Coordinator for the Utah Film Center based in Salt Lake City, Utah

Our newsletter features spotlights, announcements, upcoming events and a bunch of cool stuff.